The riding Toronto-Danforth was first represented in the provincial parliament in 1999 after provincial ridings were defined to have the same borders and federal ridings, a move which combined some or all of the former ridings of Riverdale, York East, and Beaches-Woodbine. The riding also underwent a change of name from Broadview-Greenwood in 2000. The most recent boundary change in 2003 means that Toronto-Danforth now covers an area stretching from Lake Ontario and Toronto Harbour on its south side, to Coxwell Avenue and Coxwell Boulevard on its east side, and is bordered on its north and west sides by Taylor Creek, the Don River East Branch, and the Don River. 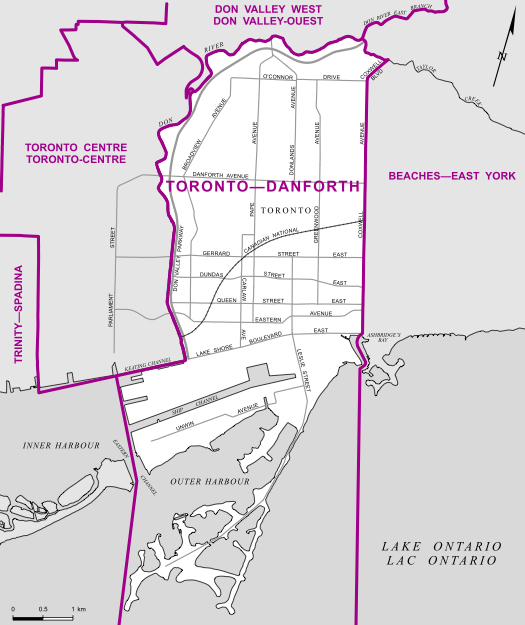 The 2006 Census indicates the riding’s population is approximately 106,000 people, and consists of a broad range of ethnic groups, including significant Greek and Chinese communities. A number of well-known neighbourhoods also make up the riding, including Riverdale, East Chinatown, Leslieville, The Danforth, Riverside, East York, Pape Village, and Playter Estates.

Stay in the loop Issues About