A private members’ bill introduced earlier this week in the House of Commons is aiming to ensure Ontarians aren’t forced from their homes because of significant rent hikes.

The Rent Protection for All Tenants Act, which Toronto-Danforth MPP Peter Tabuns tabled Monday, calls for rent-hike protection for all renters by immediately closing a loophole that allows landlords of dwellings built after 1991 to arbitrarily raise the rent.

“We hear from young renters who are worried that this might be the month they’re hit with a rent hike they can’t afford. We hear from families that say the increases are chasing them from their homes — the place they’re raising their kids,” Tabuns said in a March 16 release.

“That’s not fair, and it doesn’t have to be this way. It’s time to do something about it. It’s time to extend protection against unreasonable increases to everyone.” 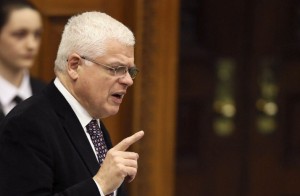 Both the Federation of Metro Tenants (FMT) and the Advocacy Centre for Tenants Ontario (ACTO) are supportive of the new law, which would see the Residential Tenancies Act amended to include a rent cap for all renters according to the annual rent increase guidelines, which are typically 1.5 per cent annually.

“In Ontario, rents are regulated to help tenants keep a roof over their heads,” Kenneth Hale, ACTO’s director of advocacy and legal services, said in the release.

“We cannot continue to deny this protection to over 150,000 tenant households and we support the NDP’s demand to make the law apply to them.”

Diane Dyson, a FMTA board member, said many Ontario households are at a “tipping point.”

Tabuns’ bill is set to receive a second reading. A date for that to happen has yet to be set.

In a statement, Ontario housing Minister Chris Ballard said it is “unacceptable” that some tenants are seeing their rent increase significantly.

“My staff are already developing a plan to address unfair rises in rental costs by delivering substantive rent-control reform in Ontario as part of an ongoing review of the Residential Tenancies Act,” stated Ballard, who added the province is also looking to freeze municipal property taxes for apartment buildings.

During an interview with Metroland Media Toronto, Tabuns said the Rent Protection for All Tenants Act is the first of a series of private members’ bills and other measures aimed at protecting the rights of renters in Ontario he intends to take.

“I call it a good first step, but there are others that have to be taken,” he said. “It’s really the time for tenants to mobilize to protect themselves.”

Tabuns, who has held a number of meetings in recent months with tenants in his east Toronto riding, said another concern is landlords who find ways to “outprice” tenants and essentially force them to move out so they can raise the rent in older rental buildings.

“It’s a big issue. People are feeling pushed out,” he said.

- With files from Torstar News