We know that the Canadian Centre for Bio-Ethical Reform (CCBR) is engaged in its summer campaign of using gruesome images to attack the right of women to reproductive choice.

This involves street corner displays as well as dropping flyers in peoples’ mailboxes which has caused a lot of upset in our communities.

I have been working with a group of my colleagues to find a way to protect our communities.

You can see the group letter we sent to the CCBR along with everyone’s signature. It is posted here.

An attempt last year to have the provincial Attorney General seek an injunction against the CCBR for distribution of their disturbing images was not successful. The AG did not feel he could succeed in court.  It is also increasingly clear that although it is disturbing there is no legal way to stop the group from public display of their images.

Having searched for other options it appears that the Trespass Act could be helpful. You can prohibit persons or organization from coming on your property. You can inform them in advance that they are not allowed to trespass on your property.  You need to do this with a hard copy with your signature on it. It is attached for you to download, fill out and send if you want to.  Please email me so I know what support there is for this action.

Should they violate the warning you can ask the police to charge them. If the ignoring of the law is at a large enough scale we may be able to seek an injunction against their deliveries to your properties.

There is no simple solution to this problem. My hope is that this helps. 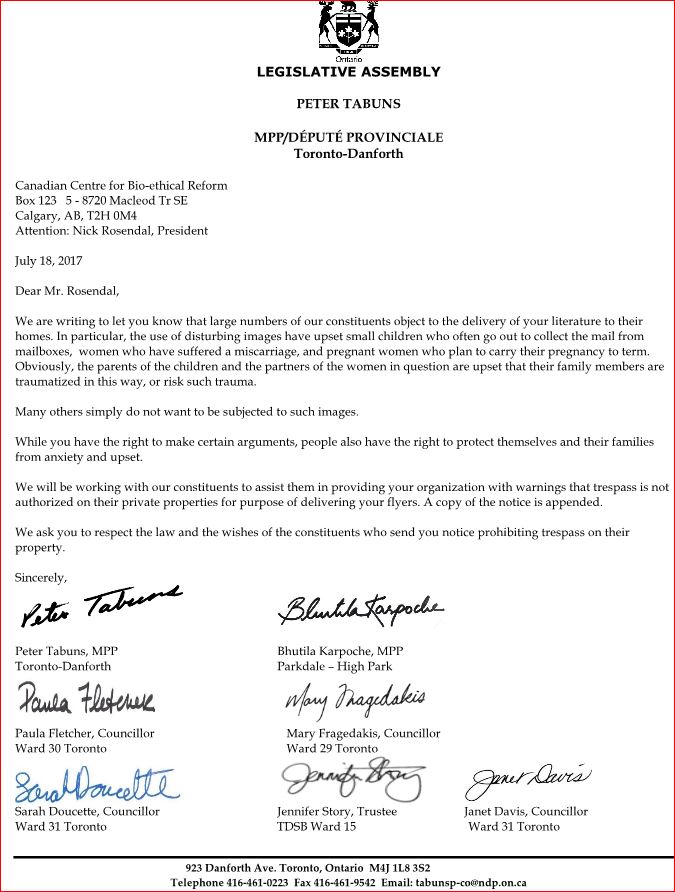 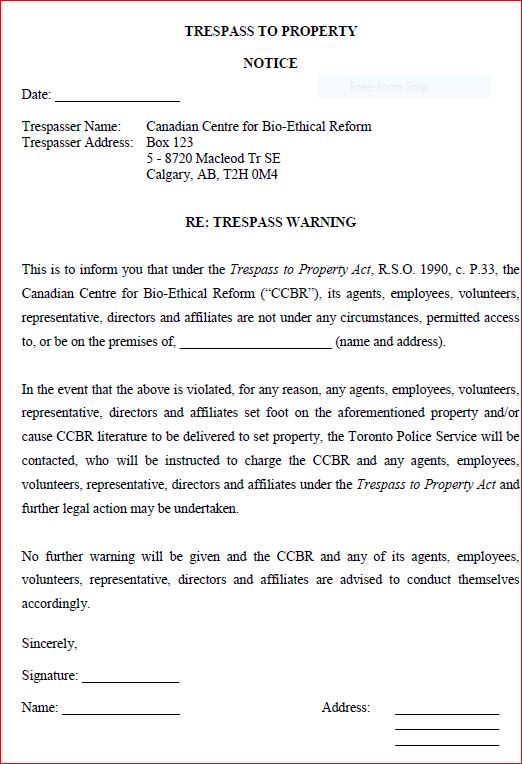