Hydro ‘mess’ from bad to worse

Kenora Rainy-River MPP Greg Rickford and his provincial government are continuing to work on fixing an ‘unmitigated disaster’ in the energy sector, as hydro bills continue to rise across the province.

On November 1, the Ontario Energy Board says rates are set to increase by roughly $2 or 1.8 per cent of a typical residential customer, who uses 700 kilowatt hours per month.

The OEB says the rates are increasing due to inflation, government legislation aimed at reflecting the actual cost of supply on bills, and due to the refurbishment of nuclear energy facilities. Customers’ bills are expected to be updated by the end of November.

During Question Period at Queen’s Park, the NDP’s critic for energy and climate crisis and Toronto-Danforth MP, Peter Tabuns, pointed out that lowering hydro bills by 12 per cent was one of Premier Doug Ford’s campaign promises, but prices have actually increased by roughly $24 per year.

“The rates now reflect the actual cost of hydro. They show that the actual costs of hydro have risen by roughly 15 per cent in the past three years. The Premier’s promise to lower hydro bills by 12 per cent is getting further and further out of reach as hydro rates go up on November 1, not down. The people of Ontario are tired of stretch goals and broken promises.” 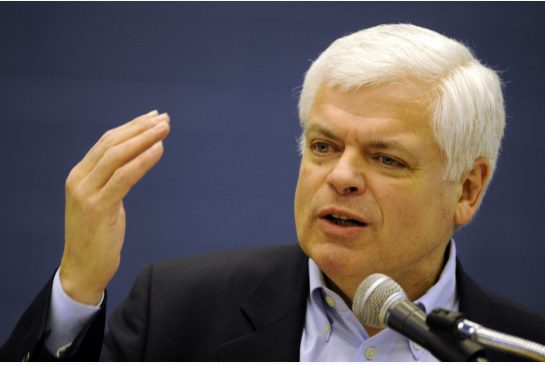 However, Kenora Rainy-River MPP and Minister of Energy, Northern Development and Mines and Indigenous Affairs, Greg Rickford, says he and his government are working to fix a disaster situation, inherited by the previous Liberal government.

“We inherited a mess, an unmitigated disaster, and we took important steps immediately to reduce costs system-wide, to introduce legislation and to guarantee that we would get to a place where we could cut costs, not subsidize them and not saddle ratepayers with further debt.”

Rickford added that between 2008 and 2010, the price of electricity doubled under the former Liberal provincial government. Steps taken to address the issue include repealing the province’s Green Energy act and introducing the Fixing the Hydro Mess act.

“We have taken these important steps so we can now move forward with industrial, small businesses and families across the province to a cut model that will see those costs reduced, after the terrible legacy of the Liberal group,” Rickford added.

Previously, residential, farm and most small business electricity consumers received a reduction on their bill that was built into the price of electricity. This meant that you could not see the amount of the reduction or the true cost of electricity.

Starting November 1, the built-in reduction and the previous 8 per cent rebate are being replaced with the Ontario Electricity Rebate (OER). This will allow you to see the true cost of electricity on your bill and the full value of your OER if you are eligible for it. All ratepayers who were eligible for the previous rebate will receive the OER as of November 1.