Reforms to grant system mean free tuition for many low-income students, and for the first time includes adults.

Low-income mature students who go to college or university will also be eligible for free tuition — for the first time providing them with the same level of financial help as teens applying straight from Ontario high schools.

Speaking to reporters after, Matthews said under the old system, the 30 per cent tuition rebate was only offered for the four years after high school graduation, and mature students also didn’t qualify for an access grant geared to low-income families. “So somebody like me who went back to school as a mature student would not have been eligible for that much aid,” she said. “So it opens a lot of doors for mature students.”

The government’s new, streamlined aid plan, which comes into effect this fall, provides students whose families earn less than $50,000 with non-repayable grants covering their full tuition, and in most cases, more.

Mature students will be eligible for all new grants. 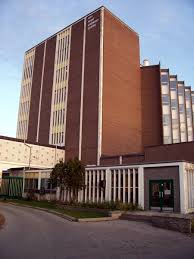 Matthews, who returned to university at age 42 to finish a bachelor of arts degree — continuing on to earn a doctorate — said about 150,000 students will receive the free tuition, which includes teens as well as mature students.

The cost of the tuition is expected to be covered by the elimination of post-secondary tax credits. (The government currently spends $1.3 billion on OSAP/student aid, and provides $400 million in tax credits.)

NDP MPP Peter Tabuns (Toronto-Danforth) wonders if the government really has the funding to cover the free tuition plan, and while it’s a “good idea that mature students have the funding … if they are just simply repackaging previous allocations, what are the implications of that?”

For mature students like Jerrom Ogen Rwot, 19, news of the grants was welcome. He said he “wasn’t liking the high school system and I was just kind of confused where I was going” — deciding between education or sports — and dropped out for a short time.

He’s now finishing up his remaining high school credits and hopes to take software engineering at university. Not having to worry about tuition “takes away a lot of stress.”

Basma Kheyar, who immigrated to Canada a year ago, will graduate this June and is interested in pharmacy studies.

“I was planning to go even beyond undergrad, but the thought of costs made me more and more nervous,” said the 22-year-old. “What’s happening now is going to help me get much further than I’d planned to go.”

Read the article in the Star here.