Soil samples taken last November in an area behind the Dryden paper mill – the historic site of the mercury release into the Wabigoon River more than forty years ago – show current mercury levels in the soil 80 times greater than what is considered safe. The contaminated soil was found by the conservation group Earthroots in an area suggested by a former mill worker as the likely site of a former mercury dumping ground, 100 kilometres upstream from Grassy Narrows. Previous studies have shown that fish in the Wabigoon have the highest levels of mercury in the province, while 90 percent of residents of Grassy Narrows and White Dog First Nations show the health effects of mercury exposure.

“The Liberal government may not like the fact that the ongoing legacy of the mercury poisoning of Grassy Narrows has been their responsibility for over a dozen years now, but they can no longer afford to look away and must act now in the face of mounting and overwhelming evidence of an ongoing source of mercury contamination,” said Tabuns. “The fact that this isn’t happening in Toronto-Centre or Willowdale doesn’t make it any less urgent. No more excuses. The Premier and her government needs to clean up the Wabigoon River now so the fish are safe to eat again.” 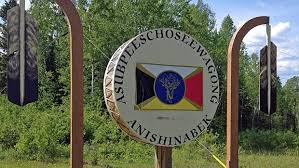