More details of government inaction on mercury poisoning in Grassy Narrows have led members of the provincial NDP to renew their calls for concrete action.

This followed the publication of a Toronto Star article that revealed Health Canada held onto 30-year-old data that showed how mercury poisoning affected infants’ neurodevelopment before birth.

“It’s obviously very troubling. Either the government is aware of it, in which case, why are they not letting us know this information?” said Campbell in a phone interview. “Or they’re unaware of the information, and how can they rightly claim that they’re monitoring the situation?” 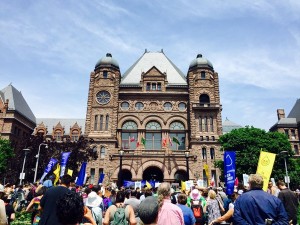 The statement repeated the call to start the cleanup of the Wabigoon-English River system immediately and to release all the information that pertains to the environmental and health impacts from the mercury to members of Grassy Narrows First Nations and the public.

“For years and years, we have all been hearing more and more troubling information: the statistics, the science, it’s all there,” Campbell said.

“We’re seeing layer after layer of this new evidence that’s painting an even more damning picture,” she added.

“It’s unfathomable that the government could sit idly by while we see a whole community that is poisoned for decades.”