Other Provinces Lead the Way on Fairer Hydro Prices

Mr. Lourie raises some interesting points about why hydro prices in Ontario have gotten so out of hand. Mismanaged contracts and reckless privatization by Liberal and Conservative governments laid the groundwork for today’s crisis.

The last 40 years have proven time and again that depending on the private sector and market forces to manage Ontario’s hydro system means the needs of everyday Ontarians will come last.

It doesn’t have to be this way.

While Mr. Lourie concludes that essentially there is nothing to be done to reduce overall rates and the best the province can offer is relief to the most vulnerable residents, other provinces make clear there is a better option.

When you look at average bills for 750 kilowatt hours, which the OEB considers an average bill, the difference is stark. An Ontario family could expect to pay over $127 dollars, while a Montreal family would pay less than half that amount — just $55. In many cities across the country the bill remains under $100.

While there is no overnight remedy to some of the larger issues, there are real, substantive changes we can make today that will begin reducing bills right away, especially for the hydro users Mr. Lourie identified, like rural Ontarians who have limited options for heat and power.

In the longer term, we can steer the Ontario hydro system back towards a publicly owned system that prioritizes the needs and rights of Ontarians over private profits, beginning by halting the sale of Hydro One. 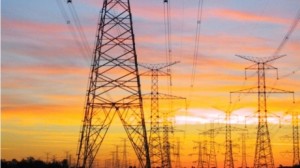